2013 is the 200th anniversary of the steam locomotive, Puffing Billy.

Facebook page
The summer of 2013 marks the 200th anniversary of the use of the first commercial adhesion steam engine Puffing Billy, employed to haul chaldron wagons on metal rails from the coal mine at Wylam to Lemington staiths on the River Tyne. It was built by local men, engineer William Hedley, engine-wright Johnathon Forster, and blacksmith Timothy Hackworth, for Christopher Blackett, the owner of Wylam Colliery.

Over the summer of 2013 communities and schools from Wylam, Heddon, Newburn and Lemington will be celebrating this momentous anniversary. It is impossible to overstate the importance in this development and we are going to celebrate its engineering and historical legacy.

Celebrations will include visits to and from Beamish Museum involving their Puffing Billy replica, community events, games, model railways, steam engines and competitions. 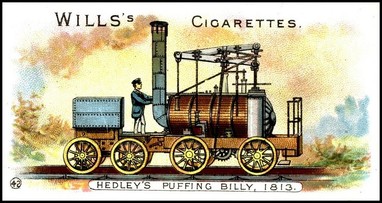 Beamish Puffing Billy replica to be in Wylam on Tuesday and in Walbottle on Wednesday & Thursday.

Beamish Puffing Billy replica to be in Wylam on Saturday and Newburn on Sunday.

George Stephenson's Birthplace and tearooms open 11am to 4pm both days.

Scoutrail - Model Railway Exhibition (10 different layouts) in Wylam Institute 21-22 September
Heddon Local History Society
are planning short Heddon Railway Heritage Walks from the village on both these days to link up with the Community Festival events in Wylam and Newburn.
These are part of the Hadrian's Wall Trust Walking Festival.

Saturday 21 September   Heddon to Wylam (3.0 miles)
Leave Heddon Memorial Park (opposite The Three Tuns) at 9am
We aim to arrive in Wylam for the start of the Puffing Billy Festival at 11am

Sunday 22 September    Heddon to Newburn (2.5 miles)
Leave Heddon Memorial Park (opposite The Three Tuns) at 9am
We aim to arrive in Newburn for the start of the Puffing Billy Festival at 11am

Wed 9th October 2013 - Heddon on the Wall, Women's Institute - 7pm
Stephenson's Triumph - Liverpool 1830: Who was there and what they did next by Bob Gwynne

There will be a collection of donations at meetings to help meet expenses. 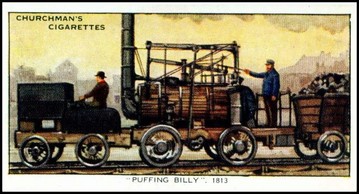 Cricket - date to be announced
Jubilee Field, Wylam at 2pm
Other local events 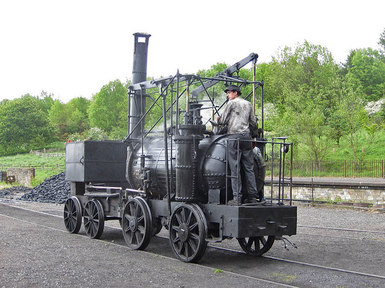 Replica of Puffing Billy, Beamish. Photo by Pauline Eccles (2011).
This is a replica of the world's oldest surviving steam locomotive. It was the first commercial adhesion steam locomotive, employed to haul coal chaldron wagons from the mine at Wylam to the docks at Lemington-on-Tyne in Northumberland. It is being prepared for its first morning run along the Pockerley Waggonway at Beamish Open Air Museum.
© Copyright Pauline Eccles and licensed for reuse under this Creative Commons Licence
Puffing Billy incorporated a number of novel features, patented by Hedley, which were to prove important to the development of locomotives. Piston rods extended upwards to pivoting beams, connected in turn by rods to a crankshaft beneath the frames, from which gears drove and also coupled the wheels allowing better traction. This was the first time that coupling had been employed on a locomotive.

The engine had a number of serious technical limitations. Relying on smooth wheels running on a smooth track, its eight-ton weight was too heavy for the rails and crushed them. This problem was alleviated by redesigning the engine with eight wheels so that the weight was spread more evenly. The engine was eventually rebuilt as a four-wheeler when improved track was introduced around 1830. It was not particularly fast, being capable of no more than 3 to 5 mph (5 to 8 km/h).

Puffing Billy was an important influence on George Stephenson, who lived locally, and its success was a key factor in promoting the use of steam locomotives by other collieries in north-eastern England. It also entered the language as a metaphor for an energetic traveller, so that phrases like "puffing like Billy-o" and "running like Billy-o" became common.

The Test Carriage used at Wylam to establish the parameters allowing adhesion of iron wheels on iron rails. From Grace's Guide.
Text and pictures from Grace's Guide where there is more information and links.

The result of Mr Hedley's experiments with the underground carriages strengthened and confirmed in him the belief that if the wheels of an engine carriage were connected, it would by the friction of the wheels upon the rails, induced by its gravity alone, be enabled to overcome the resistance presented by an attached chain of carriages.

.... he resolved to test the experiment on a larger scale, one that should not by indecisive results leave anything to be determined.

Accordingly, in October 1812, a carriage was constructed and placed upon the railway. It had four wheels and was made of sufficient strength to allow of an engine to be placed upon it, if the experiment proved satisfactory. To prevent independent action of the fore and hind wheels of the carriage, they were connected by five teeth wheels......

Various parcels of iron, of ascertained weight, were placed upon it. The progressive motion of the carriage was effected by the application of men at the four handles, of which there were two at each side of the carriage .......

Messrs Blackett and Hedley congratulated each other on the certainty that the coals would now be conveyed by 'iron horses'.

From: Who Invented the Locomotive Engine? by Oswald Dodd Hedley (1858), describing events with the experimental carriage in Wylam in 1812 that proved the principal of adhesion. 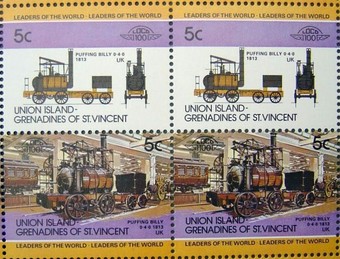 Blogs (on this site)

Beamish - Living Museum of the North

Photos of Puffing Billy at the Science Museum (2013) 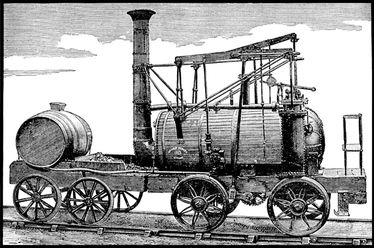