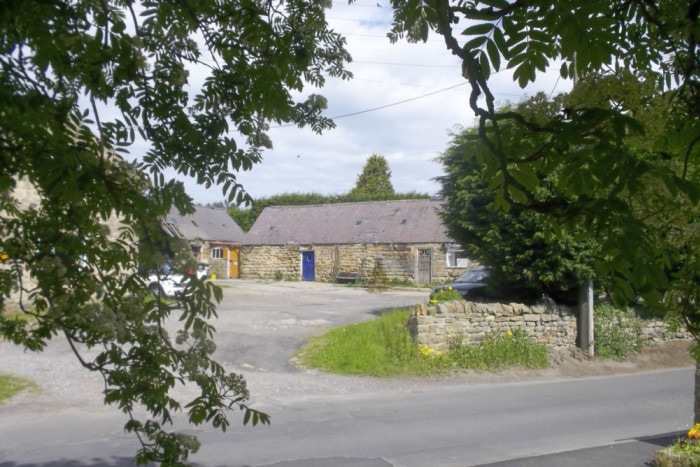 Heddon - Town Farm
Heddon’s fame, modest as it is, owes everything to the Emperor Hadrian. The world and his wife know that Berwick is on the Tweed, Newcastle on the Tyne and Heddon on the Wall.

It was Hadrian who decided that the Empire should be contained within fixed boundaries, and these boundaries exist in so many countries that an international Congress of Roman Frontier Studies was set up in 1949, and is still ongoing.

These frontiers weren’t always walls. In the Sahara they typically took the form of a road guarded by legionary or auxiliary forts, and similarly along the Rhine and the Danube. The only other walls as such were the Antonine Wall in Scotland and the Upper German–Raetian Limes (rhyming with ‘freeways’) in Bavaria. But neither of them was built to the standard of Hadrian’s Wall. The Antonine Wall was a rubble-and-earth bank and the Bavarian one a timber palisade.

I don’t have the knowledge or the language skills to be sure, but I haven’t found anywhere abroad with a name like ‘on-the-Wall’ or ‘on-the-Frontier.’ In England we have just one other example. Shield-on-the-Wall is an isolated cottage, now roofless, between Chesters and Housesteads. There is an Anglo-Saxon church called St Peter ad Murum at Bradwell in Essex, but that refers only to the wall of a Roman fort.

There are other Wall place-names in Northumberland and Cumberland: Wallsend, Walker, Walbottle and the village of Wall; and further west, Wallhouses, Walwick, Walltown, Wall Bowers, Walton, Old Wall, Wallhead, Walby and Wallfoot. With the possible exception of Wallsend, these places make little of their relationship with the Roman Wall. Heddon alone shouts it to the world.

If you follow the line of the Wall from Newcastle, the B6528 Hexham Road, you enter the parish of Heddon-on-the-Wall, and with it the administrative county of Northumberland, at a point where stands a tall, cream-painted building with two prominent bays. This is the Frenchman’s Arms, now converted into flats and properly known as Royal French Court.

The Frenchman’s Arms is the place to start walking. The houses are all on the right, and all with splendid views across the Tyne Valley. The Wall is underneath the road.

Just past the end of the houses, look over the fence on your right. The Wall ditch is easy to see. It is overgrown with a rich herbage of wild flowers and looks much like any other ditch, though deeper. Both this and the vallum ditch on the opposite side are rock-cut.

But since clambering into ditches isn’t to most people’s taste, and certainly not mine, I’m prepared to take Collingwood Bruce’s word for it, in his Handbook to the Roman Wall, 1885, that: ‘In the sides of the south ditch the tool-marks of the excavators are visible.’

A little further on, you come to the top of Great Hill, from where you can look down onto the village. This is the best spot from which to view the celebrated Roman Wall at Heddon.

It was the broad wall, built to the full width of ten Roman feet. A Roman foot was about 11 3⁄4”, so the difference between 10 Roman feet and 10 English is not great. But the policy was quickly abandoned, and most of the wall was built to widths of between six and eight feet.

It is the width of the wall at Heddon, and the fact that you see it at a distance and from a height, that makes it so impressive. Seen close to, it is only five courses high at most, and much of what you can see is the rubble core. Most of the facing stones have long ago been built into farmhouses and field walls.

As you stand on Great Hill, the civilised world lay on the other side. You are in the land of the barbarians or rather, in a buffer zone. The frontier of the empire was not a line, but a deep zone in which Roman authority operated differently, sometimes with outpost forts manned by regular army units, sometimes by irregulars, and sometimes by diplomacy with friendly native kings.

When the Wall was built in AD 122, specific sections of the work were allocated to particular legions and centuries.

The milecastles and intervening turrets were built first, and wall-building gangs followed on behind to join them up.

Rather like Government procurement policies today, the plans for the Wall were modified almost immediately. It was reduced in width, extended eastwards from Pons Aelius (Newcastle) to Segedunum (Wallsend), and new forts were constructed on the actual line of the Wall, usually projecting forward beyond the wall itself.

The first scheme had about 80 gateways through the wall, all at milecastles, the later one only 13, and all at forts.

The numbering of milecastles is a modern invention. John Horsley, Presbyterian minister of Morpeth and author of Britannia Romana, 1732, called milecastles ‘castella.’ He made his survey from east to west, beginning at Wallsend, but did not number them.

They were first given numbers in the 1850s by the Duke of Northumberland’s agent, Henry McLauchlan. Even at that time the location, and in some instances even the very existence, of some of the milecastles in industrial Tyneside was conjectural, and this remains true today. R.G. Collingwood proposed his ‘system of numerical references’ in 1930, and this is now the industry standard.

A milecastle was a fortified gateway, in effect a small fort. Its north wall was the Wall itself. Our picture shows Milecastle 42, near Cawfields. It was excavated by John Clayton, the town clerk of Newcastle.

Speaking of this milecastle, Collingwood Bruce says: ‘Large pieces of earthenware vessels, chiefly of the coarser kind; fragments of hand-mills, some of them ... from Andernach on the Rhine; and some oyster-shells were found. ... Two denarii were dug up; one of Vespasian the other of Marcus Aurelius. Some articles in bronze and two glass beads were found.’

Frank Graham, in Hadrian’s Wall in the Days of the Romans, describes another milecastle thus: ‘Inside on the east side was a stone building probably used as a barracks by the garrison of perhaps 20 men. Between it and the north wall were ovens. On the west side stood timber buildings used for stores and equipment and probably horses as well (and) stone steps leading up to the ramparts of the Wall.’

These extracts give us an idea of what might be found if the Town Farm milecastle was ever excavated.