It is often said that it is hard to get people involved in activities in Heddon because of the high degree of apathy in the community. Well, all I can say is that if that is the case we are extremely fortunate to have found all the wonderful people in the village who have been helping to produce the Butterfly Haven on Heddon Common.

When we received the £10,000 grant from the Help the Aged Millennium Fund we got the money because we put forward a scheme which proposed to involve all ages in the community from the youngest to the oldest. It’s all very well having a vision but when it involves the whole community the only way it is going to work is if lots of people are happy to help make it happen. That’s what has happened with the Butterfly Project and the results are there for all to see.

Our lead partners in this whole enterprise are the great young people from the British Trust for Conservation Volunteers led by their enthusiastic leader Nick Vagg, who has been doing all the ordering of materials and supervision of the various stages of construction. Overall planning of the project through its various stages (yes, it really is planned) is undertaken by Glenys Reynolds from Age Concern/Help the Aged, Ann Lockey, the Parish Clerk and Editor of Heddon Gossip, along with Nick and myself.
Now seems a good time to dispel some mis-conceptions which a few fpeople seem to have ... this project is for the benefit of the people of the village and no-one elst. It will not be advertised as an attraction for outsiders. The village school children will be among the principal users of the site with organised lessons taking place as well as the children being encouraged to take part in the management. We will not be busing in schools from anywhere else in the district!

Back to business. Work days are normally Wednesday, Thursday and Saturday with main Community Days occuring every 3 or 4 weeks but to get the site into a workable condition we needed to clear it first. That was our first big community day when 50 or so villagers from 3 years old upwards made short work of chopping down the great stand of rosebay willowherb and taking it into piles around the perimeter of the site. At the end of September we hired a machine and driver from Thompson’s of Prudhoe to scrape off the top 18 inches or so of soil along with the root systems it contained and formed low banks around three sides (they will be planted up later). Having got the site formed into the shape we wanted we then had the stone, which we needed to form the butterfly, delivered. All 16 tons of it arrived on 6th October at the top of the road to Hillheads some 50 years or so from where we needed it. We were prepared to wheelbarrow it onto the site but a good samaritan in the form of Arthur Watson, the Heddon Banks farmer, arrived with his tractor shovel and moved the lot onto the site. On thop of that he donated a whole tractor shovel load of sand.

With all the materials on site we were able to set about constructing the stone butterfly with many people getting their first experience of wall building and cementing. The results of their hard work is now there for all to see. A 21 ton Butterfly with a wingspan of 25 ft. It really is impressive and worth a look, even in its in-complete state. We have now started on the wheelchair accessible path which goies all the way around the butterfly. This entailed another 15 ton load of fine stone being delivered to the top of the road and guess who was a good smaritan again! It is willingness like that and the kindness of many volunteers in a whole variety of ways who have made this project such a rewarding experience for those of us involved. My very grateful thanks to everyone who has been so generous with their time, enthusiasm and effort so far.

If you would like to join this great team and help this valuable project along we would love to hear from you. You will find it a rewarding experience.
Ian Armstrong

Following our enforced break due to the Foot and Mouth outbreak we got back to work again on the site on Saturday, 11th May when a team from the British Trust for Conservation Volunteers led by their new Team Leader, Dave Miller and some of the great village team of volunteers set about laying the two lines of carved stepping stones from the stone butterfly to the seat at the top of the site.

If you ever doubted that there was a wealth of talent in the village you should get along to look at the stepping stones all of which have been carved by folks from the butterfly team with no previous experience of stone carving. It’s a remarkable effort and a great credit to everyone who has got involved. The stones have been cemented in along the two ‘desire’ lines, which had been formed through the meadow as people wandered between the seat and the butterfly. If you are a regular walker through the site please use the stepping stone paths so that we preserve as much of the grassland and wild flower meadow as possible.

We also took the opportunity to weed the segments of the butterfly to get out some of the coarse weeds which, if left, would completely dominate the limestone loving and other wild flowers which are developing there. The trees which were planted in the earth banks created around three sides of the site are almost all doing well (we did anticipate some losses) and although they appear to be dominated by the large weeds at the moment they are, in fact, well protected around the base by the mulch mats that were put there specifically for that purpose. They obviously work!

We got a bit of good publicity for the village as well when Radio Newcastle interviewed me about the project. It was nice to be able to talk about the village and its people in a positive way after the negative publicity we got a few months ago.

The BTCV team are keen to continue the good work on the site so there is another Community Day scheduled for Saturday, 2nd June, when we will finish laying the carved stepping stones and begin work on the mosaic area as well as other tasks. If you are not already one of our team why not come along and join us.
Ian Armstrong 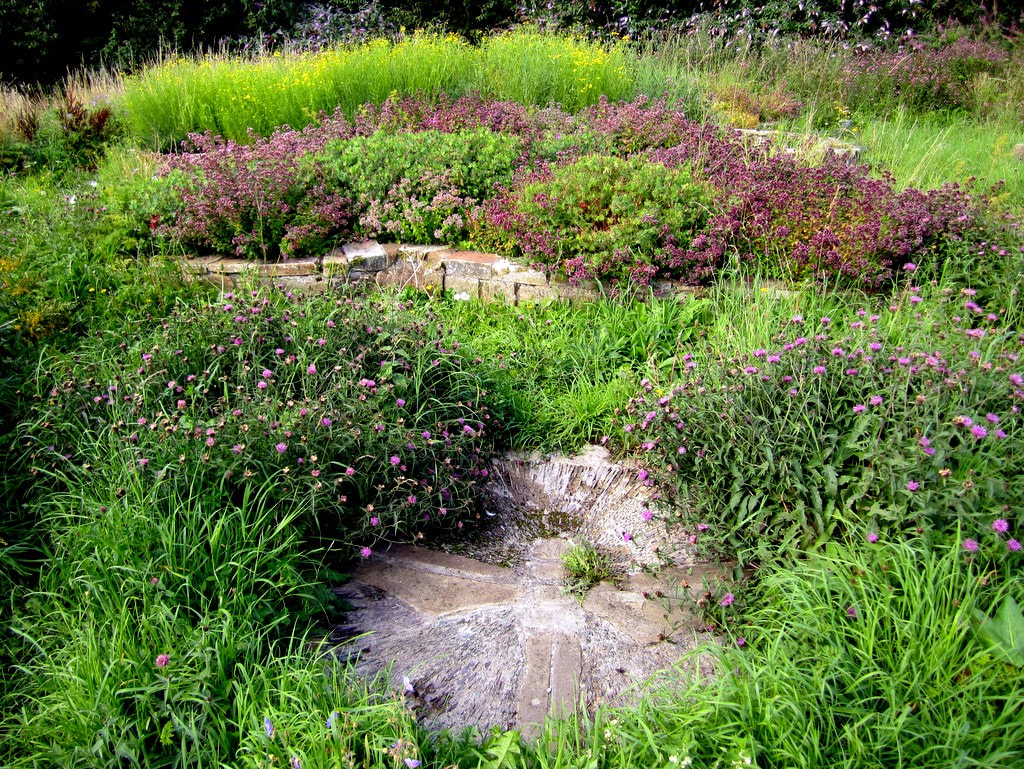 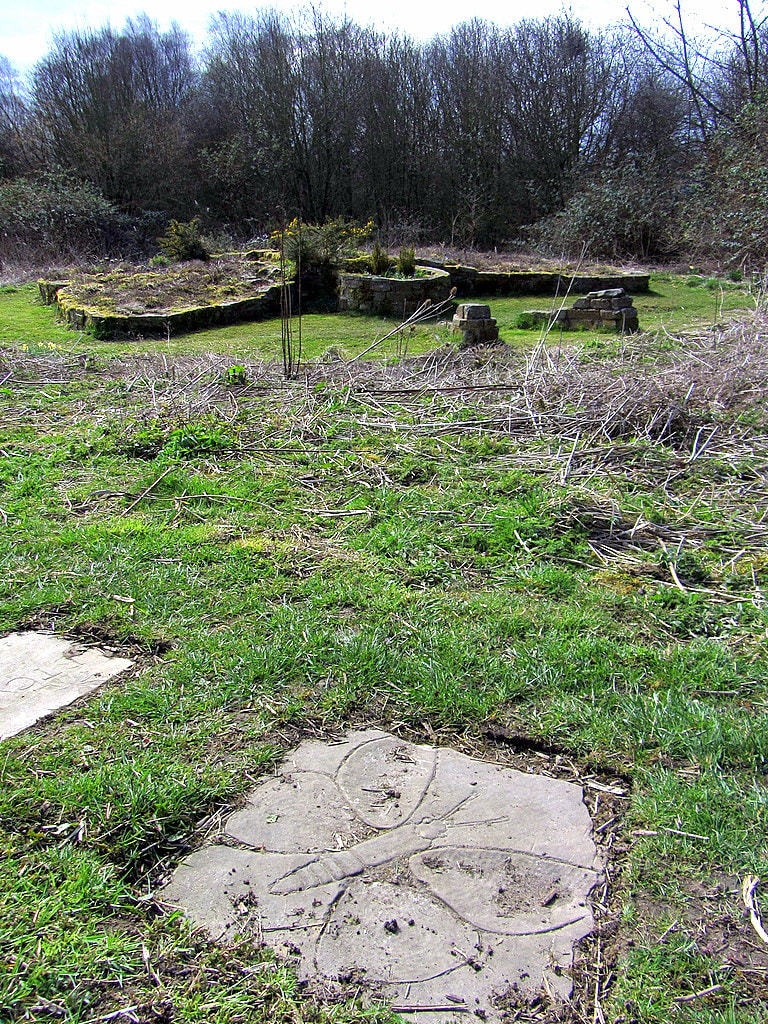 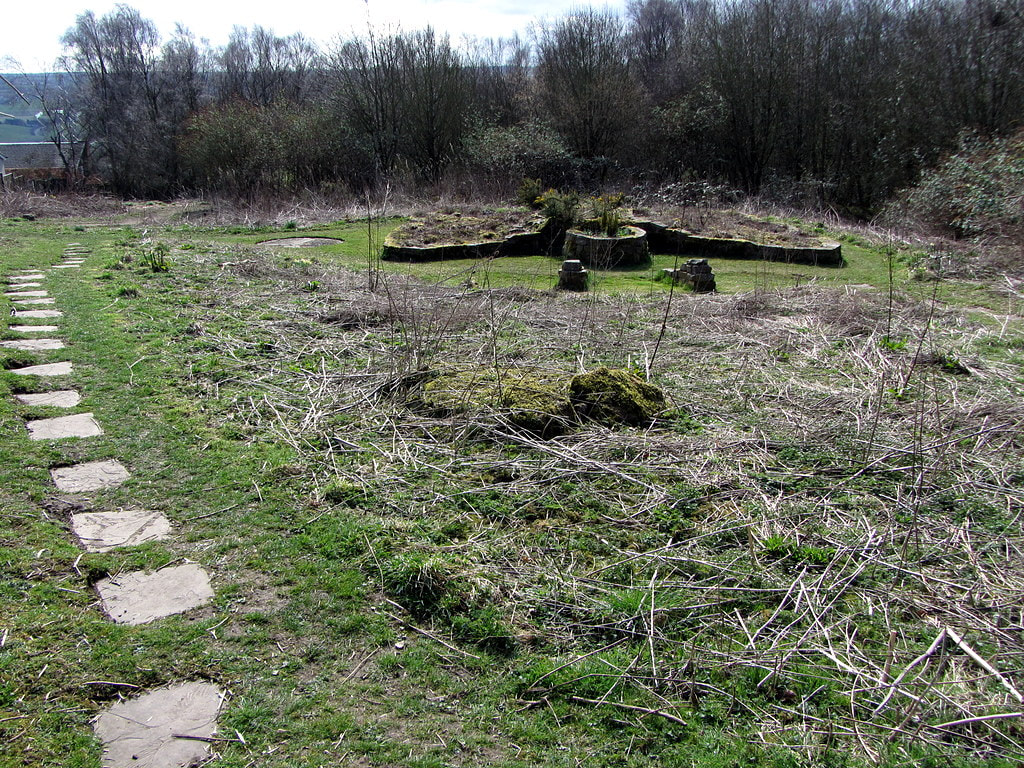 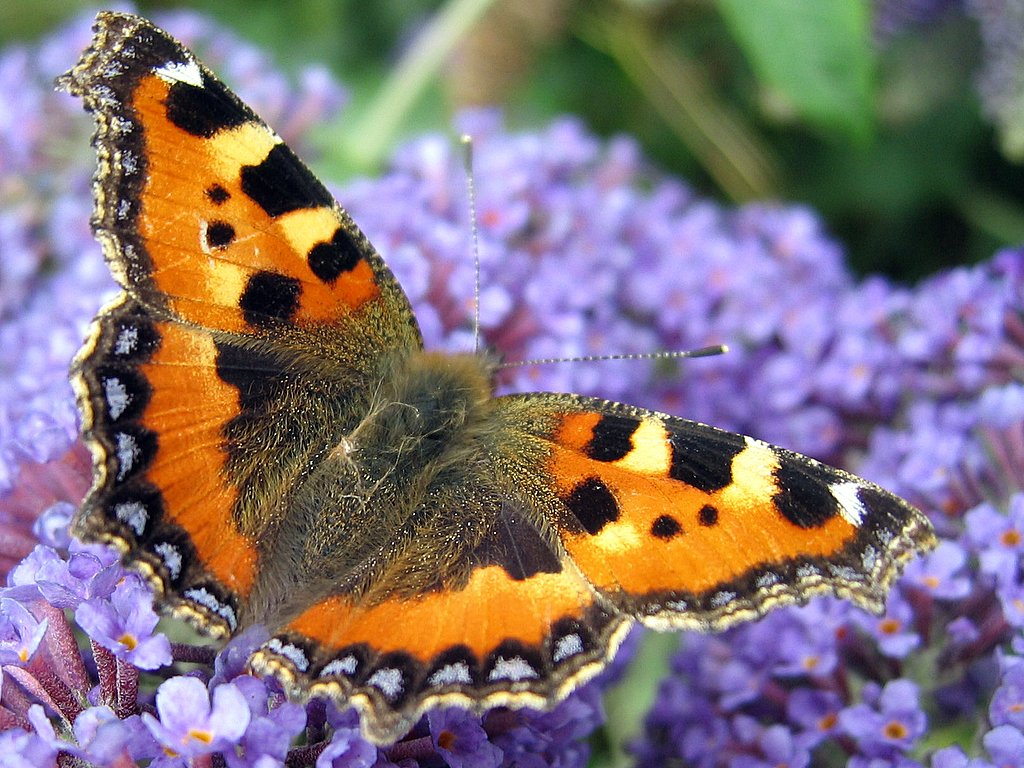 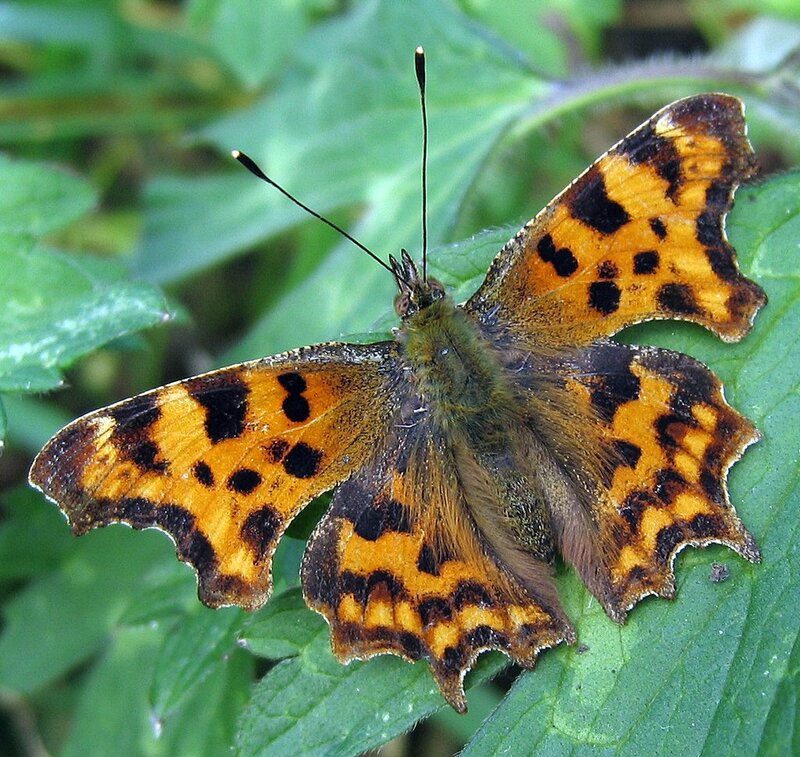 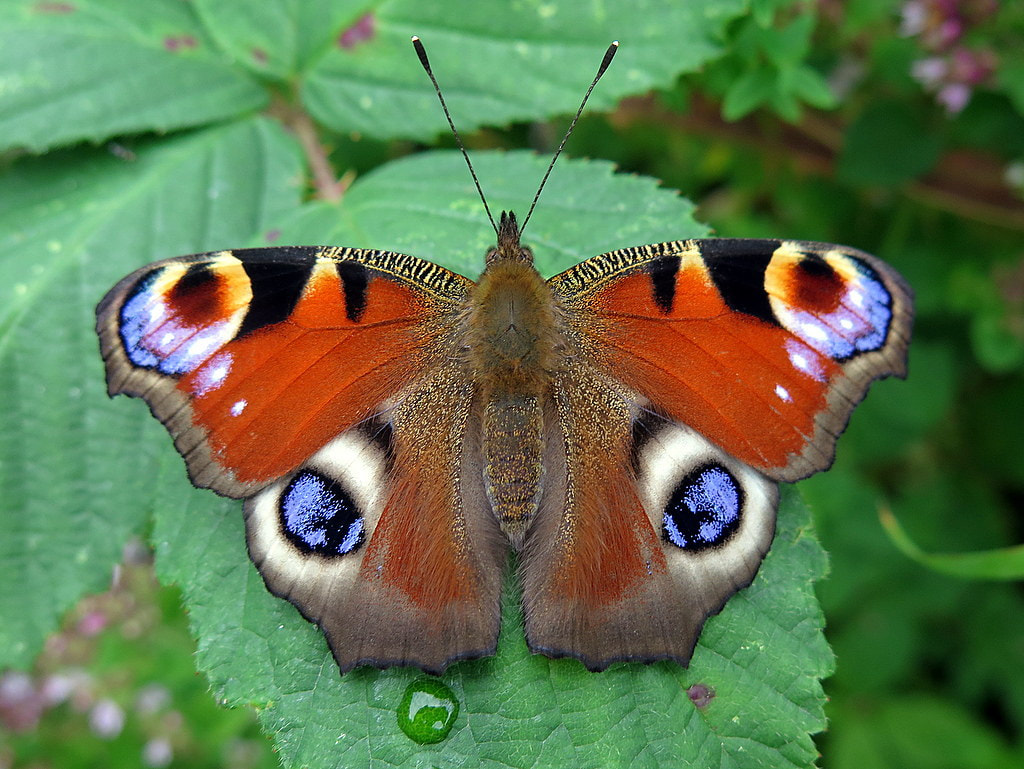