Prior to 1960, three cottages shared the yard to the west of the Three Tuns and this was the area known as Haddocks Hole, a corruption of the name of the then Manor House, Haddricks (or Haddocks) Hall, now our familiar local pub.

It first became an inn in 1825 and was aquired by Newcastle Breweries in 1926.

Adjoining the inn were the stables and blacksmith's shop owned by William Armatage, father of the late George and Bobby.

In 1926, a branch of Throckley Co-op Society was built on the site of the blacksmith's shop and the road straightened. This shop was in use until 1962 when the present shopping centre was built and the building is now in use as the Abacus Nursery.

It is also widely assumed that the area known as Haddock's Hole was the site of the 12th Milecastle of Hadrian's Wall.

The photograph shows the exact site of Haddocks Hole with the aforementioned buildings in situ. 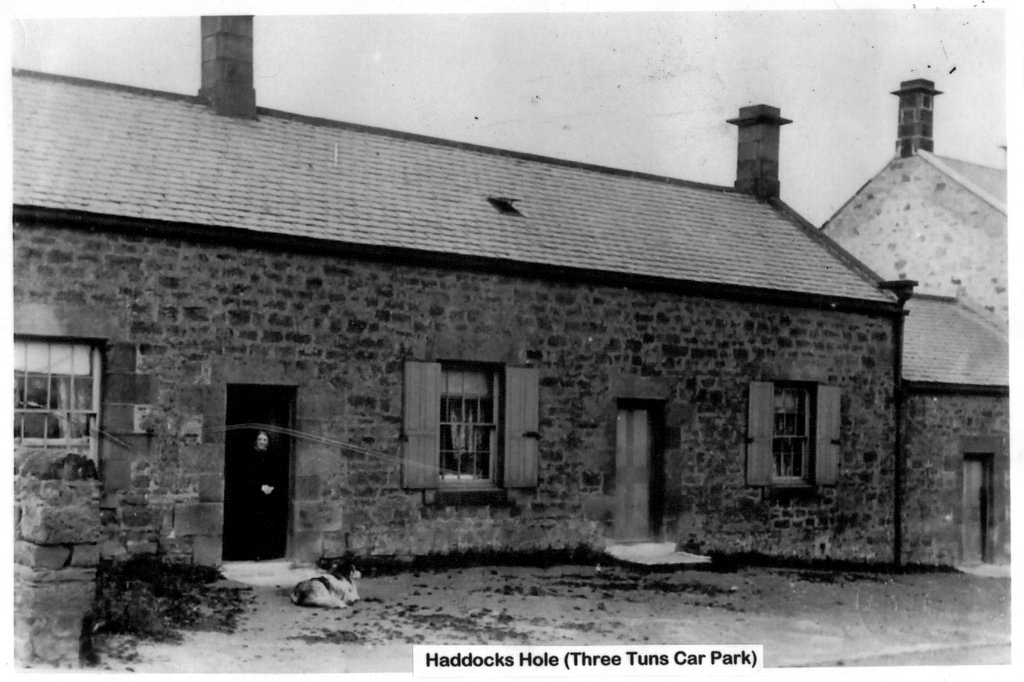 LINK
Haddocks Hole on the blog