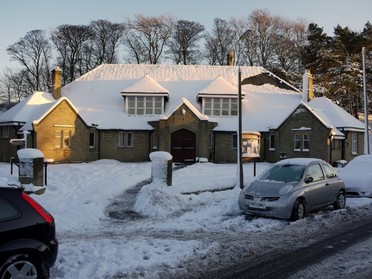 
© Copyright Andrew Curtis and licensed for reuse under this Creative Commons Licence
The Knott Memorial Hall was given to the village of Heddon by Sir T. Garbutt Knott, in memory of his parents, Sir James and Lady Margaret Annie Knott.

Initially the hall was to be a more elaborate construction, the initial plans of 1935 included higher wings at the north east and south west corners to provide a news and games room at one end and a caretakers flat at the other.

In view of the relatively small size of the village, at that time, and the existing news and games room at the Men's Institute, and the availability of other meeting rooms, it was decided to scale down the plans and use the money saved to create an endowment fund to assist with the future upkeep of the hall. This suggestion was agreed to by Sir Garbutt and his legal advisers, and the Hall in its present form was subsequently built in 1936.

The site upon which it was built formed part of the Church Banks, this had been for many years previous an unofficial playground for the village children.

Mr. L.Walton-Taylor of Heddon and Newcastle was the architect and the Hall was built by Messrs. Lowry of Newcastle. The original official opening ceremony was to have taken place on Saturday the 18th July, 1936 at 3pm by Lt.Col. Sir Alexander Leith, Bart, M.C; D.L, and the dedication service by the Venerable Archdeacon of Northumberland, a tea to be provided for all invited guests. The tragic death of the vicar, The Rev. Harold Nixon, in a motoring accident whilst on holiday in Wales,  brought a sudden cancellation of these plans. It was later officially opened by Mrs. G.E. Wilkinson of Wylam and dedicated by the Lord Bishop Billrough, of Newcastle, on the 24th October, 1936.

The Hall has a spacious stage with a green room on its north side, the main hall which is 54 ft. long and 30 ft. wide and its annex 16 ft x 30 ft.  Its original floor was of polished birch and inlaid to mark out a badminton court. It also has a well furnished kitchen, ladies and gents cloakrooms and toilets.

The hall was requisitioned by the War Office in the period 1939-45 and was used for the billeting of troops. After the war it was requisitioned by Northumberland County Council and after the installation of boilers and ovens it was used as a central kitchen for the provision of school meals for the surrounding area.

Sir James Knott Memorial Hall, 2nd March 1956.
A Hall Committee was formed and takes responsibility for the running of the hall and the setting of charges for its use. The original Title Deeds made it clear that the hall provided was a church hall rather than village hall. By 1960, the hall was being used by the Mothers' Union, Guides, Cubs, Day School (for P.E.), Health Clinic, County Library, Oddfellows, and two Badminton Clubs, and a little later also by the Masonic Lodge, the Theatre Group and by the day school for school dinners and for teaching. The Church continued to use the hall for Sunday School, monthly Church Council meetings  and annual Garden Party and Christmas Fair.

The Hall was purchased for a nominal charge by the Parish Council on 2nd April, 1991. 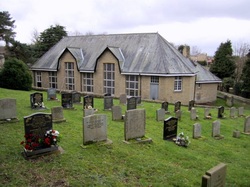 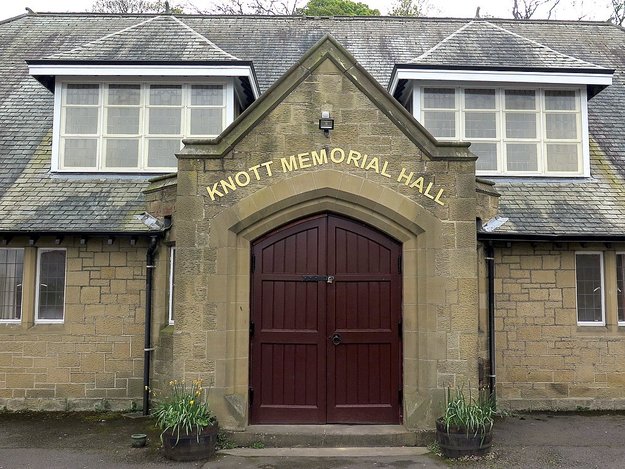 Knott Memorial Hall with new wording above the door. Photo A Curtis (2017).
There is information about Sir James Knott and the Knott family here. 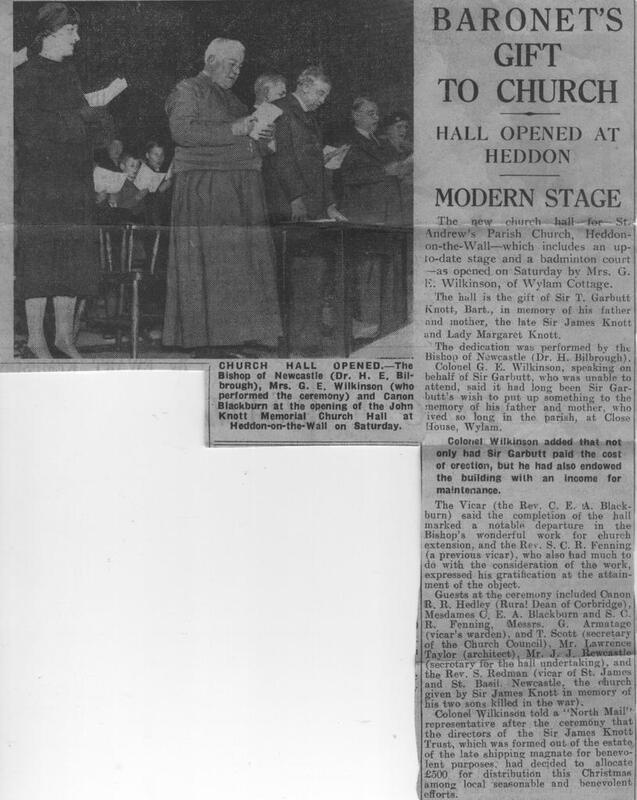 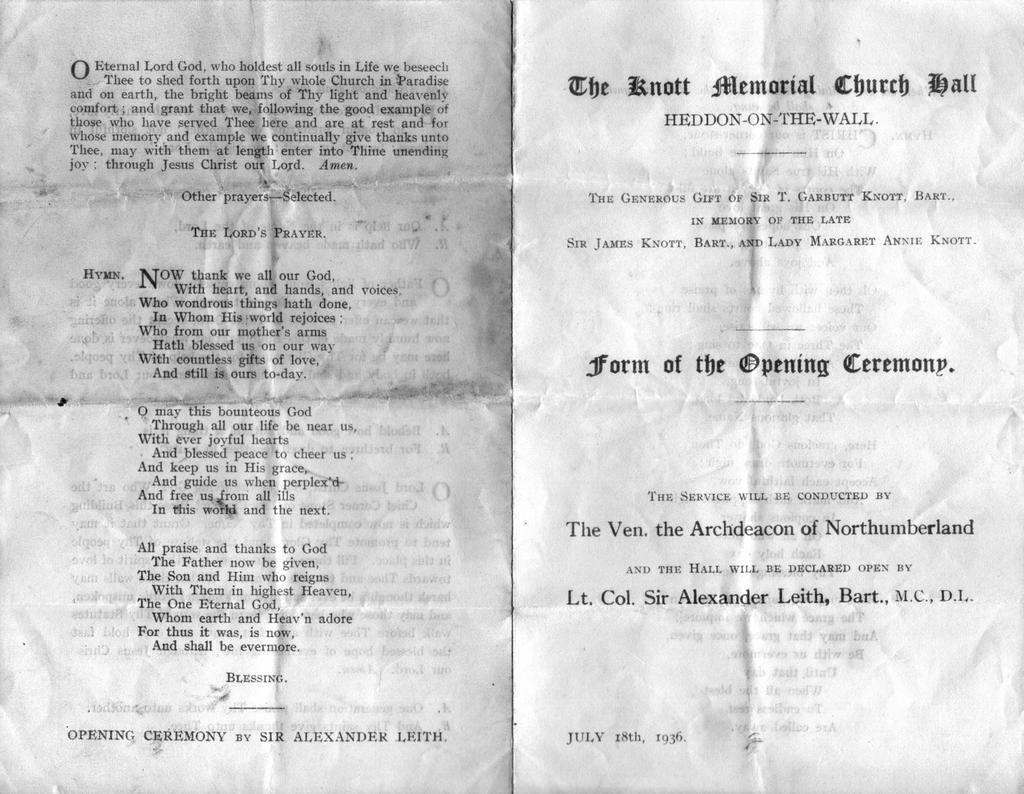 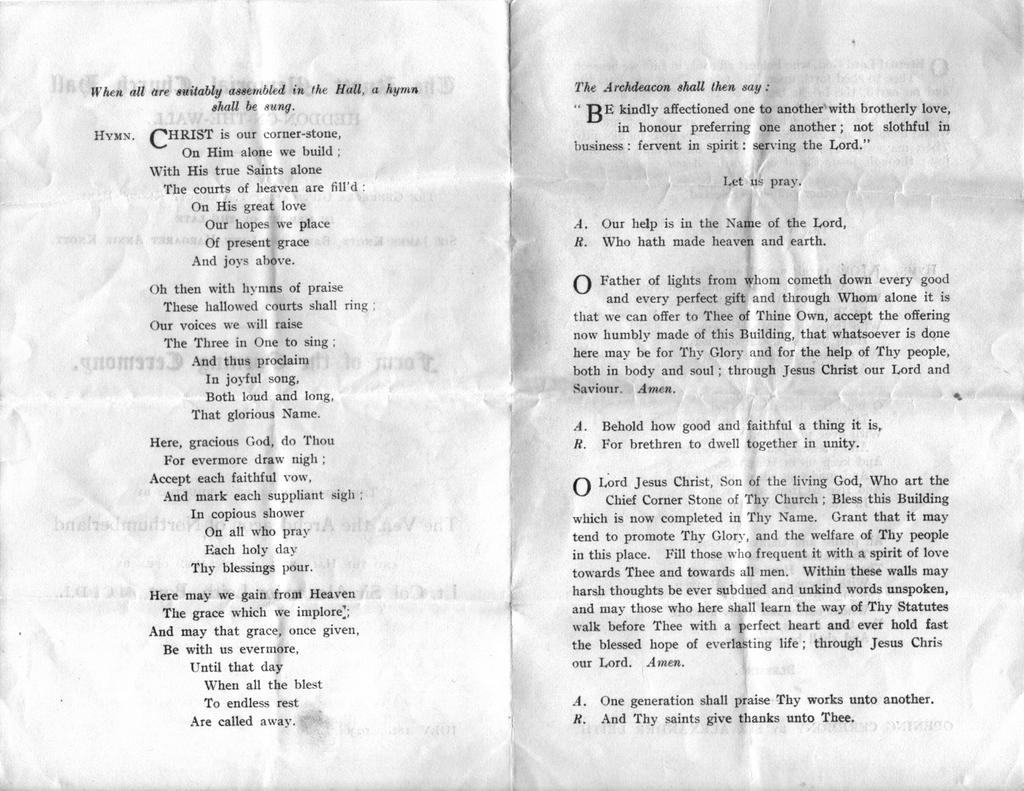