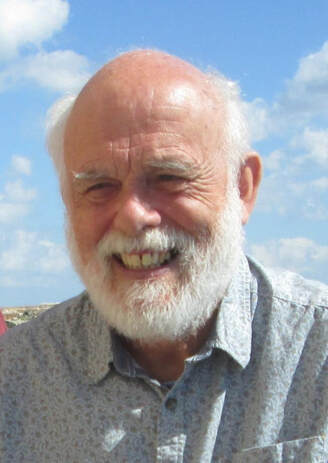 Mike Furlonger, who was remembered with a concert in aid of the Motor Neurone Disease Association.
Hexham Courant: 1st May 2019

THE life of a jazz enthusiast and well-known history lover who died following his diagnosis with Motor Neurone Disease was celebrated at the weekend.

Jazz lovers from near and far as well as members of the local community gathered in the home village of Mike Furlonger, at Heddon-on-the-Wall, for the Music For Mike concert to raise money for the Motor Neurone Disease (MND) Association.

The concert had originally been planned by Mike who, since his diagnosis in 2016, was determined to raise funds and awareness for the disease, but he died last year before his plans could be completed.

His wife, Rose Furlonger, said: “Throughout his illness he was consistently positive and cheerful, determined to seize every opportunity to live life as fully as possible, and seeing every new development in his condition as a challenge to be tackled with enthusiasm and laughter – always a major ingredient in everything he did."

“This memorial concert celebrated his life and marked the anniversary of his death.”

Although he had been retired from his long-term career as a history lecturer at Newcastle College, and his retirement work at the Centre for Lifelong Learning at Newcastle University, he continued to work part-time tutoring A-level history students and led a discussion group of history enthusiasts at the Literary and Philosophical Society in Newcastle until the week before he died. He also chaired the local history group in Heddon from 1997 until his death.

The music at the concert at the Knott Memorial Hall included many of Mike’s favourites and some new and original pieces, and the funds raised will be donated to the Motor Neurone Disease Association to provide care and support for patients living with MND and to finance research into the condition.

Rose added: “The evening brought back many happy memories of Mike; he’d have loved it.”