Heddon Banks Farm extends south from the village, to the River Tyne. The land was shown as in the possession of Nathaniel & John Clayton in the Tithe Award Map of 1848.

Heddon Banks Farmhouse was built c1850 although the farm was in operation much earlier. The farm has a gin-gang at the rear attached to a large barn, byres and a granary.

The plans below, found in the Heddon Local History Society archives had been traced from the 1:10560 OS map. Field names were added and the land use indicated. I currently do not know the source of this information nor the person responsible for the research. It was clearly prepared for a local talk or presentation and if anyone can provide the information I will gladly attribute it.

The field names (if accurately researched and recorded) are very interesting. 'Slack Whins' west below the uppermost 'Crag Field' would later become Slacks Plantation, the site of Killiebrigs Quarry. 'Whins' maybe refers to an area of scrub, probably gorse growing on the thin soils where rock lies near the surface. Trees are shown  in 1827.

Below the track to Close Lea, on the west boundary, two fields are recorded in 1789 as High and Low 'Killay Bridge'. They are shown as 'Killy Brigs' on the plan dated 1827.

'Bank Field' south of the farmhouse would change name to 'Whinny Pasture' in 1961. There has probably always been much gorse on these slopes above the river.

A curving body of water below 'Low Wood' (later, 'Clayton's Wood') on the flood plain of the river ('haughs') is named as 'The Lough'. It looks very like an oxbow lake from a long lost meander of the River Tyne. There is still a wet area of willow carr within the south edge of the wood today which appears to drain east as the Reigh Burn (although much disrupted in the region of Heddon Pit). The field below was recently bought by Close House Estate to provide playing fields for use of the University.

'Crag Field' had been sold by the 1960s as the site for building the Bainbridge Housing Estate. Its remaining portion, north of the farmhouse, sold in more recent times for a prestige housing development on Heddon Banks.

Old OS maps show buildings on the site of Heddon Low Farm, at the east end of Clayton's Wood in the 1850s.

The triangular area shown as 'Rough Haugh' (1789) or 'The Island' (1827) between the Wylam Waggonway and River Tyne is no longer shown as part of the farm on the 1960s plans and is now farmed from Heddon Haughs at the bottom of Station Road.

Heddon Banks Farm is currently owned by Arthur Watson whose grandfather bought it in 1923. Wheat, barley and oil seed rape are grown in the surrounding fields, most of the work being done by a local contractor. The Watson family now specialises in development and renting out of property in the village. 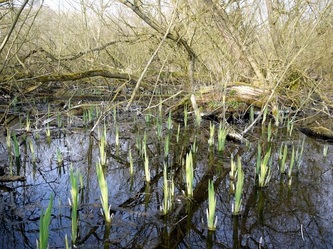 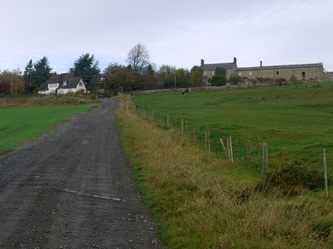 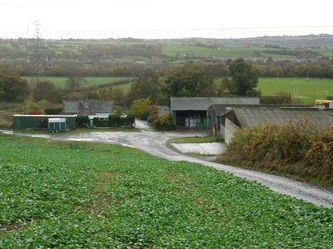 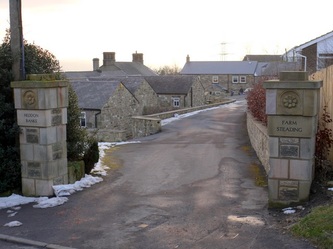 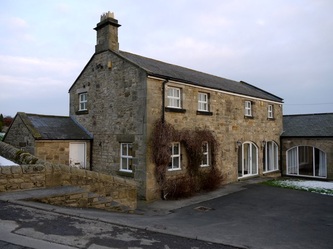 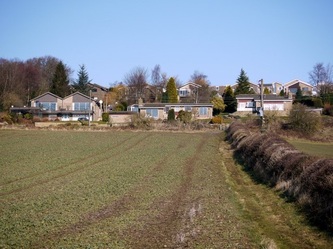