Work to replace a water main near Throckley uncovered new information about some cunning defences along Hadrian’s Wall. A series of pits found between the Wall and its north ditch are evidence of entanglements designed to impede and hold-up attackers and similar to other examples found further east at Byker in Newcastle. 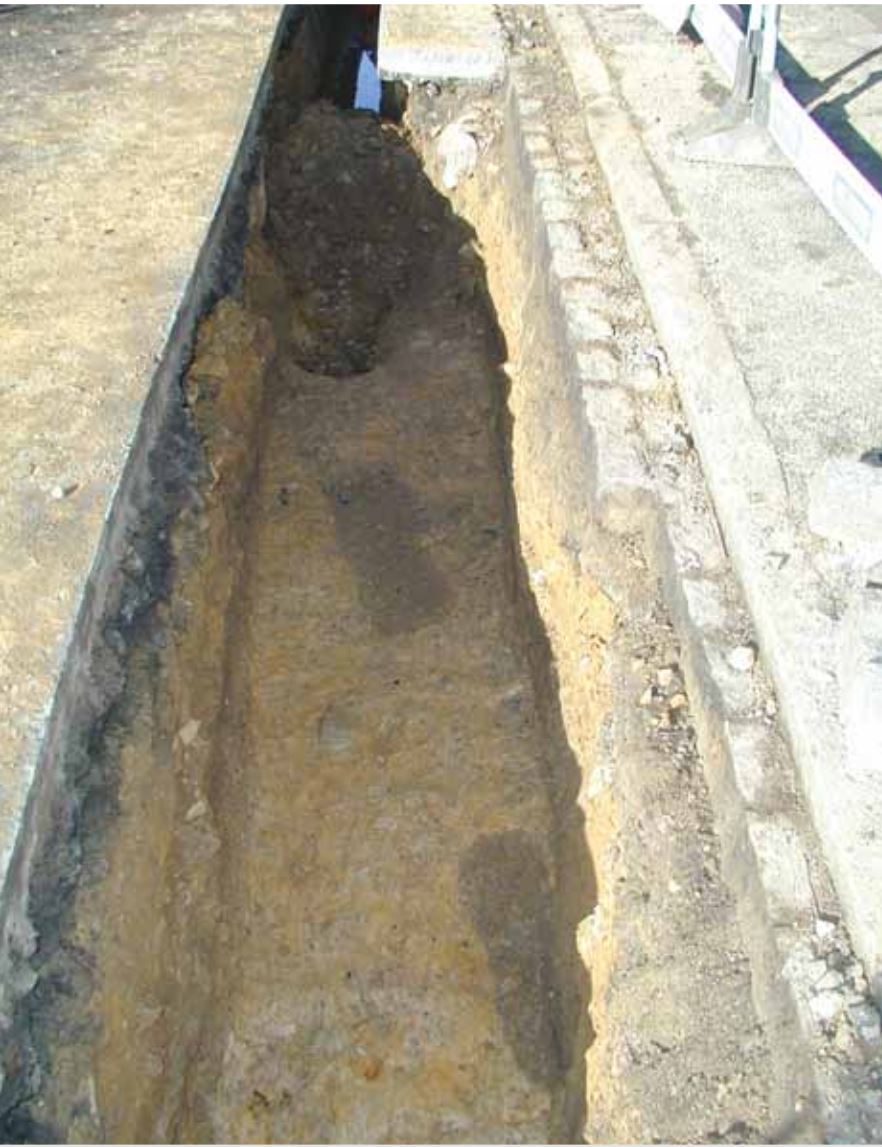 Pits at Throckley interpreted as entaglements along Hadrian's Wall. 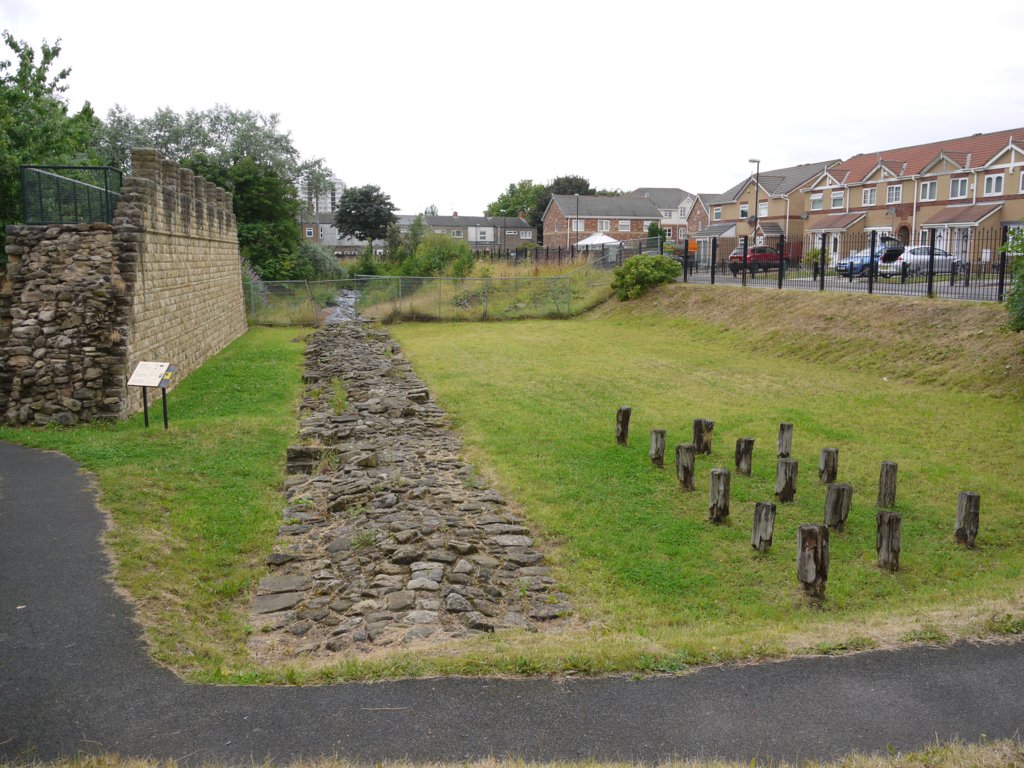 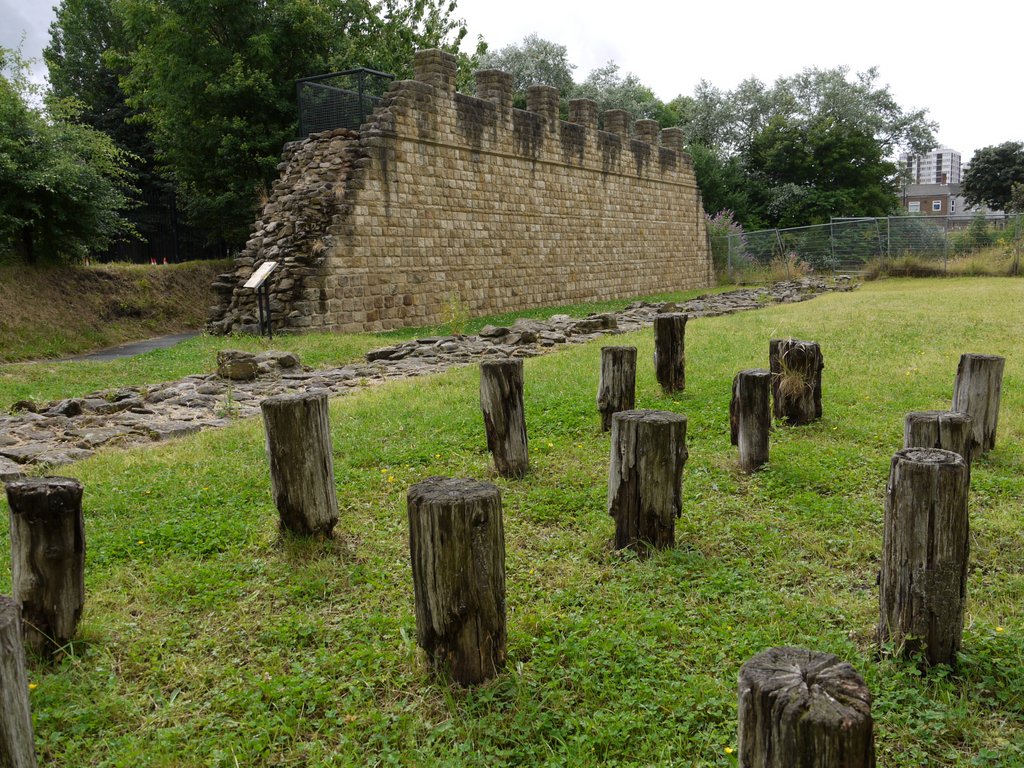 Geophysical Survey of berm defences at Heddon on the Wall (2018)

In 2018, Paul Bidwell for the Arbeia Society carried out a geophysical examination (magnetometry) of the berm of Hadrian's Wall at Heddon on the Wall (the Scheduled Site) over a length of 203m to see if pits for obstacles found elsewhere on its course were present.

The systems of obstacles found elsewhere are represented by three rows of rectangular pits measuring 0.8–1.2m in length and arranged in a quincunx pattern. Each pit held the bases of two obstacles, which probably consisted of forked branches with sharpened ends, described as cippi by Caesar and as cervi or cervoli by other ancient writers. The obstacles formed entanglements c. 2.5m wide, usually set c. 1.3–1.4m in front of the Wall. The berm had an overall width of c. 6m, and the strip in front of the obstacles was occupied by a small bank which heightened the southern lip of the Ditch and sealed off the bases of the obstacles.

The clearest anomalies occurred over a length of c. 115m, extending form the western end of the survey. Diagonal patterns of anomalies were visible consistent with the quincunx arrangement of pits, a constant feature of the obstacles on the berm seen elsewhere. The pattern was interpreted as three rows of pits, all with their long axes parallel to the Wall. They conformed to the arrangements of the pits elsewhere, with the rows beginning c. 1.3m beyond the Wall and extending northwards from that line for a further 2.5m or so. Some of the clearer outlines were up to 1.2 m in length. Some of the anomalies on the north side might have been associated with the remains of a small bank known elsewhere on the southern lip of the Wall Ditch. 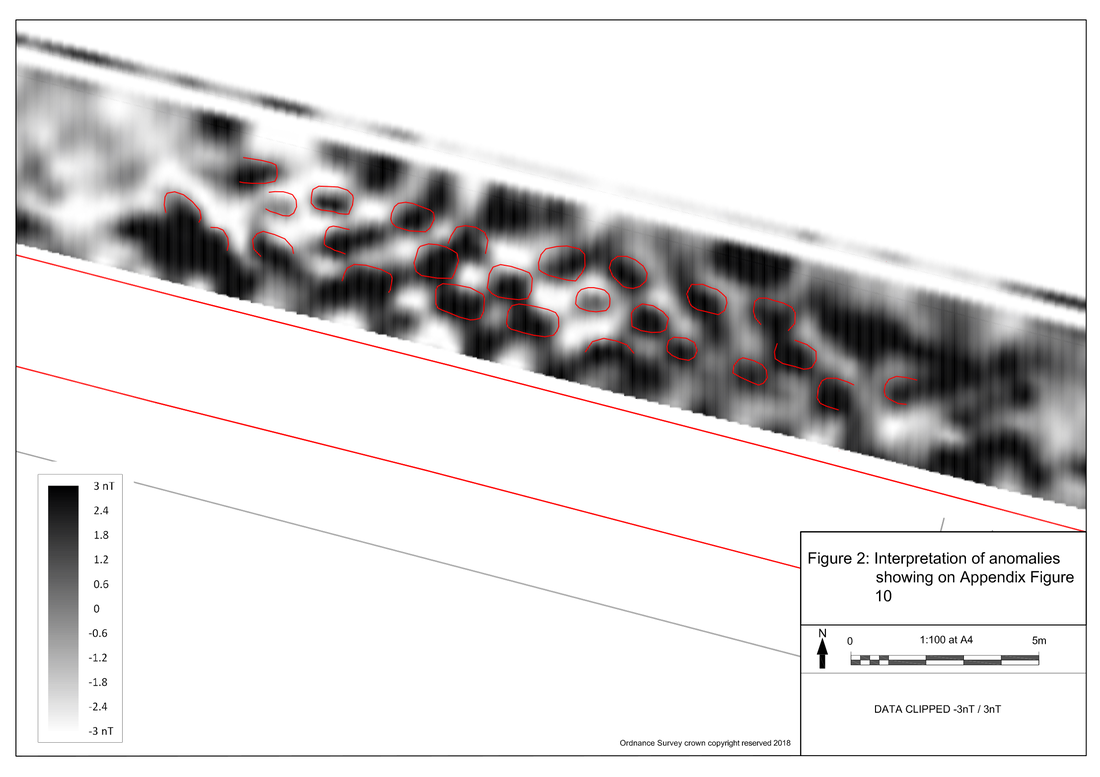 Reference:
Geophysical Survey on Hadrian's Wall at Heddon-on-the-Wall, Northumberland (2018).
Series: Arbeia Society unpublished report series.
Archaeological investigations lead to the construction of models and hypotheses which can then be tested against
further discoveries. Understanding of the pit-systems on the two British Walls is founded primarily on the results of
their excavation but is illuminated by ancient descriptions of obstacles and their use in warfare. The following model
is founded on that understanding.

The obstacles on the berms of Hadrian's Wall and the Antonine Wall were intended for defence, strengthening
the Walls and holding up an attack so that reinforcements could be brought up. They would incidentally have served
to hinder smaller-scale or individual incursions. The width of the berm demonstrates that obstacles were envisaged
when the Walls were designed, but whether they were actually part of the initial construction is uncertain, as is
also their extent. In some places on Hadrian's Wall they were replaced, which strongly suggests that they were
regarded for some considerable time, at least in some places, as an essential element of the Wall-system. The Wall-ditch was brought closer in to the turrets, so that it could be better controlled and defended at those points. At turrets
which were abandoned in the late second or early third century, the Wall-ditch was remodelled so that it had the standard berm-width of twenty feet. 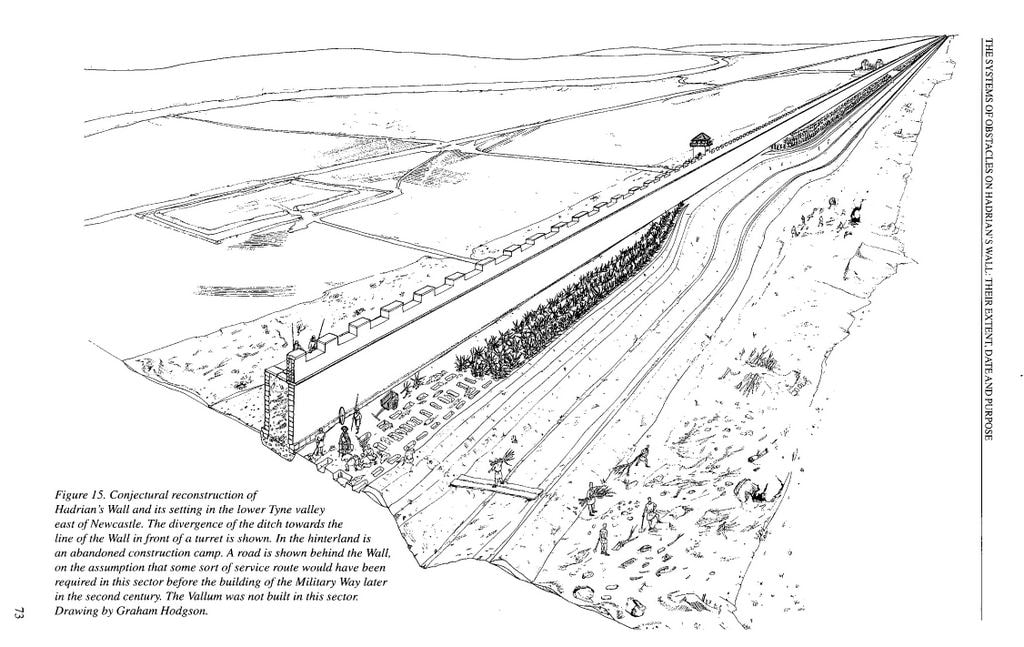 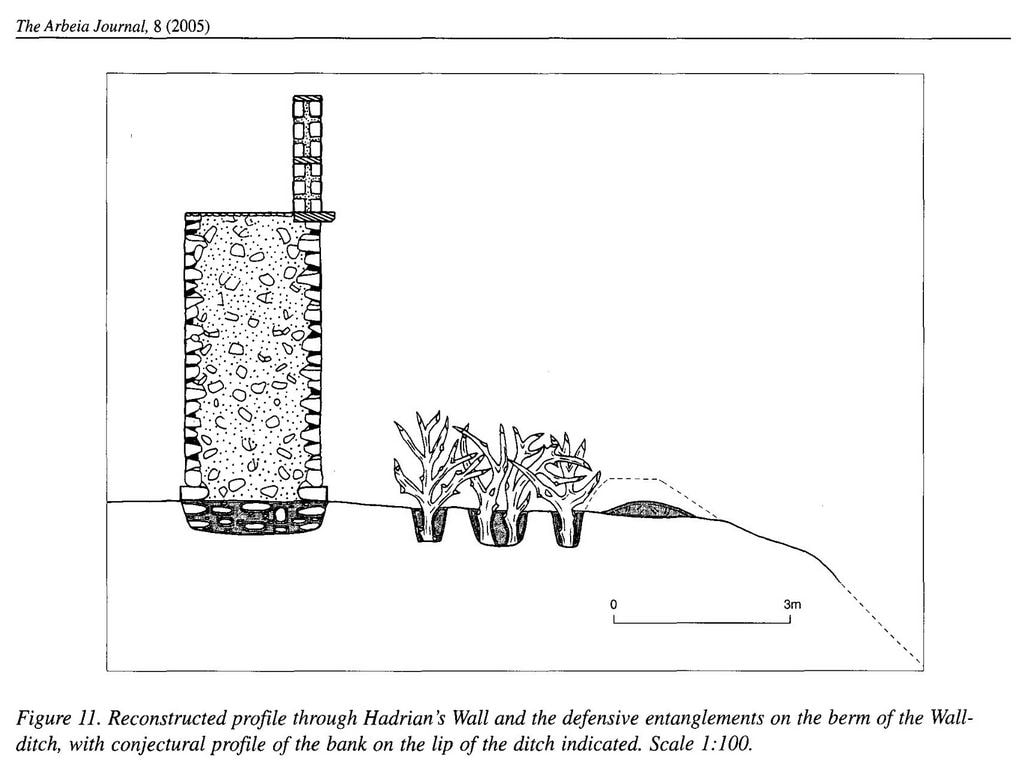