The site of the Memorial Park at the entrance to the village was once the site of the village pond, a well known watering place for the droves of cattle driven 'on the hoof' to and from  the markets of Hexham and Newcastle. It was a common playground for the village children, who not infrequently, were admonished for wet feet and clothes. 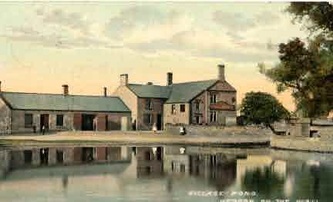 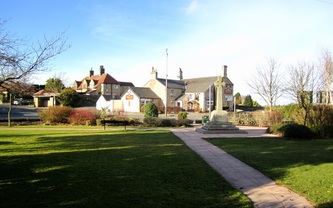 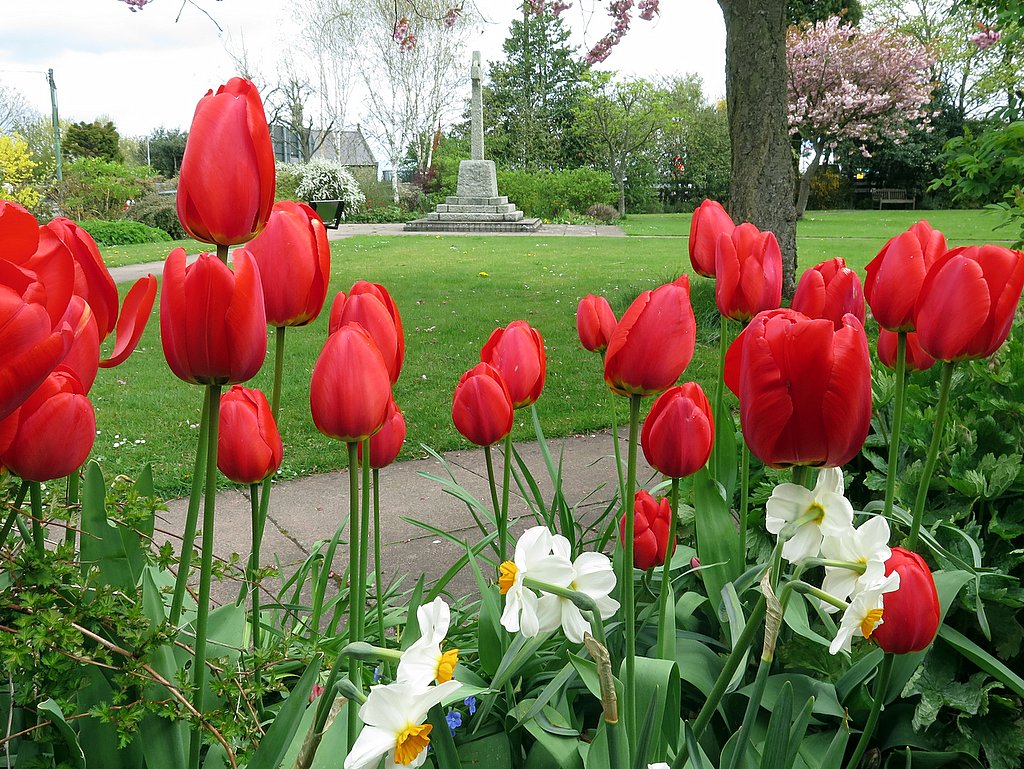 Heddon Memorial Park in spring. Photo A Curtis (2017)
At the end of the 1914-18 war, it was by general consent agreed to erect a memorial in honour of those men from the village who had paid the supreme sacrifice in its cause. With the generous subscriptions from all the parishioners, work was put in hand, the old pond drained, the land levelled and the memorial, a granite cross surrounded at its base with iron railings was erected.

In October 1922, a month before the unveiling, a stolen car was completely wrecked after it crashed into the foundations of the memorial. Four men were remanded at North Shields.

The memorial was enhanced by gardens laid out at the expense of Sir James Knott and was officially opened on 11th Novemebr 1925.

It has been customary since its erection, to wreath the memorial in the form of a cross with poppies on Armistice Day, holly at Christmas, daffodils at Easter and with white flowers at Whitsuntide.

A public convenience was erected in the park in 1960 but closed in recent years after vandalism.
© Copyright Andrew Curtis and licensed for reuse under this Creative Commons Licence