He attended Throckley School where he won a scholarship to go to Grammar School. Unfortunately he was unable to take this up as, being the youngest in a family of six, he was destined for the Maria Pit at Throckley – like all hs brothers.

He started work at the pit-head aged 12 and went underground aged 13 years. He enjoyed violin lessons whilst at school and, from his meagre pit wages, managed to pay for piano lessons. 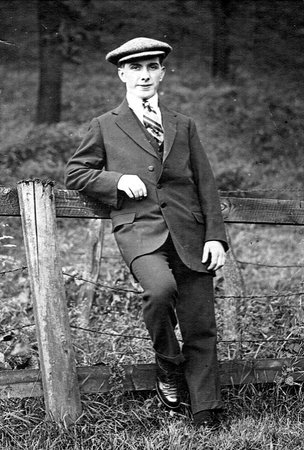 George Clark August 1920 aged 18. Photo courtesy Isabel Tooze.
In June 1931, my father married my mother, Isabella Wolland of 3 Mushroom Row, Heddon on the Wall and I was born on 10th September 1936.

Prior to being married my parents had somehow managed to save the necessary deposit and also obtained a mortgage to buy No. 2 (now No. 3) Station Road, Heddon. Strakers (the builder of the bungalow) offered this site at a reduced price because of its restricted view – being opposite Snowdon’s House – and the total cost was approximately £325.

At that time my father’s wage was 35 shillings for a six day working week and the mortgage repayment was 13 shillings a week. 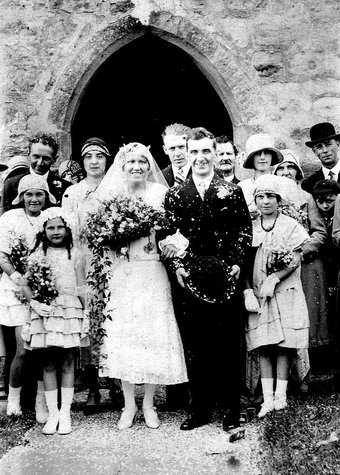 Wedding of George Clark & Isabella Wolland, June 1931. Photo courtesy Isabel Tooze.
After 35 years down the mine my father left due to poor health and relied totally on repairing boots and shoes – which he had been doing also when down the pit – “to make ends meet”! To facilitate this my father built a shed in the garden from two wooden crates which were army surplus – having been used to transport wartime vehicles I believe.

As there was a clause in the Deeds of the bungalow prohibiting a business being carried on, my father was obliged to move to “The Hemel”. This was a very small stone building with a red pantile roof and just an earth floor (as far as I can remember) situated in the field at the bottom of the garden of 1 Station Road. The Hemel was owned by Thomas Hedley of Bays Leap.

My father continued working in The Hemel until it was demolished when the new housing estate was built at the rear of our bungalow.

Meantime my father took a great interest in village life being a church-warden and also Treasurer and Secretary/Treasurer of the Village Flower Show. It was also during the latter part of his life that he devoted much time and effort to producing his History of Heddon on the Wall.
George Clark is buried in the churchyard of St Andrews, Heddon close to the east wall of the church. His gravestone reads:
“In loving memory of George dearly beloved husband of Isabella Clark died Nov 7th 1965, aged 63 years.”

Isabella is buried in the lower churchyard (as her daughter expained, it was her choice in memory of the place where she used to play as a child). Her gravestone reads:
“In loving memory of Isabella Clark died 4th April 1980, aged 74. Beloved wife of the late George Clark.”

George Clark's History of Heddon on the Wall
serialised in Heddon Parish Magazines from February 1961. 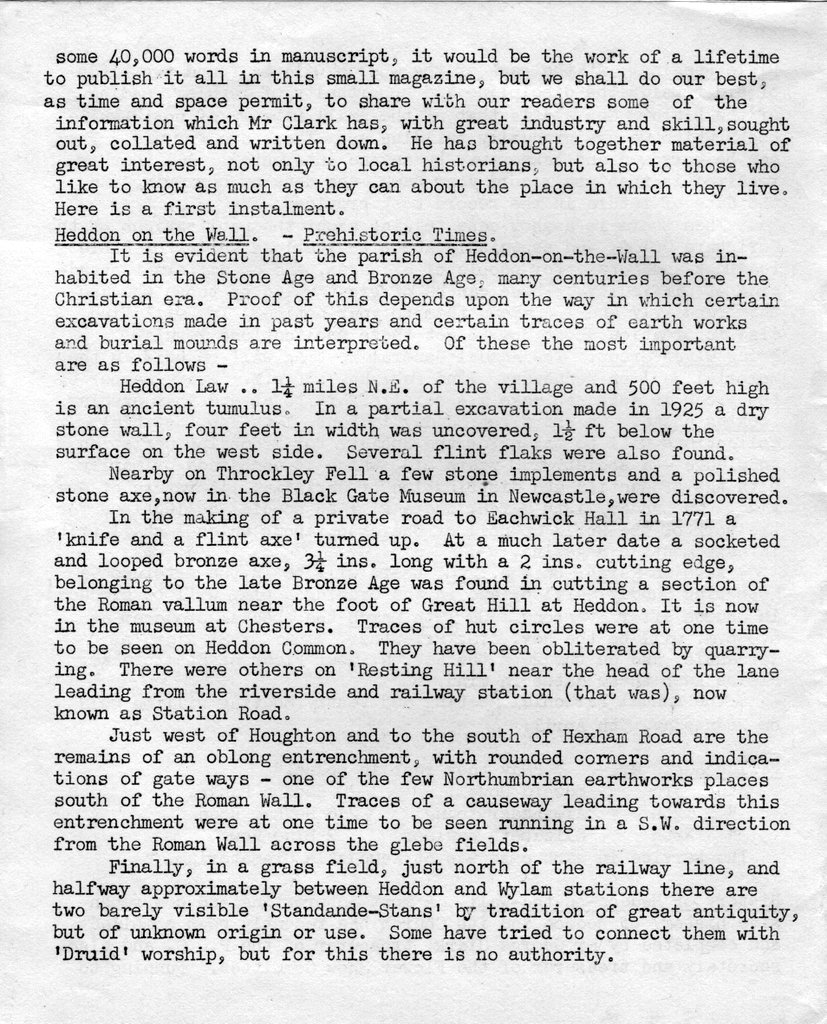 Publication of first instalment of George Clark's History of Heddon on the Wall. Parish Magazine, February 1961. 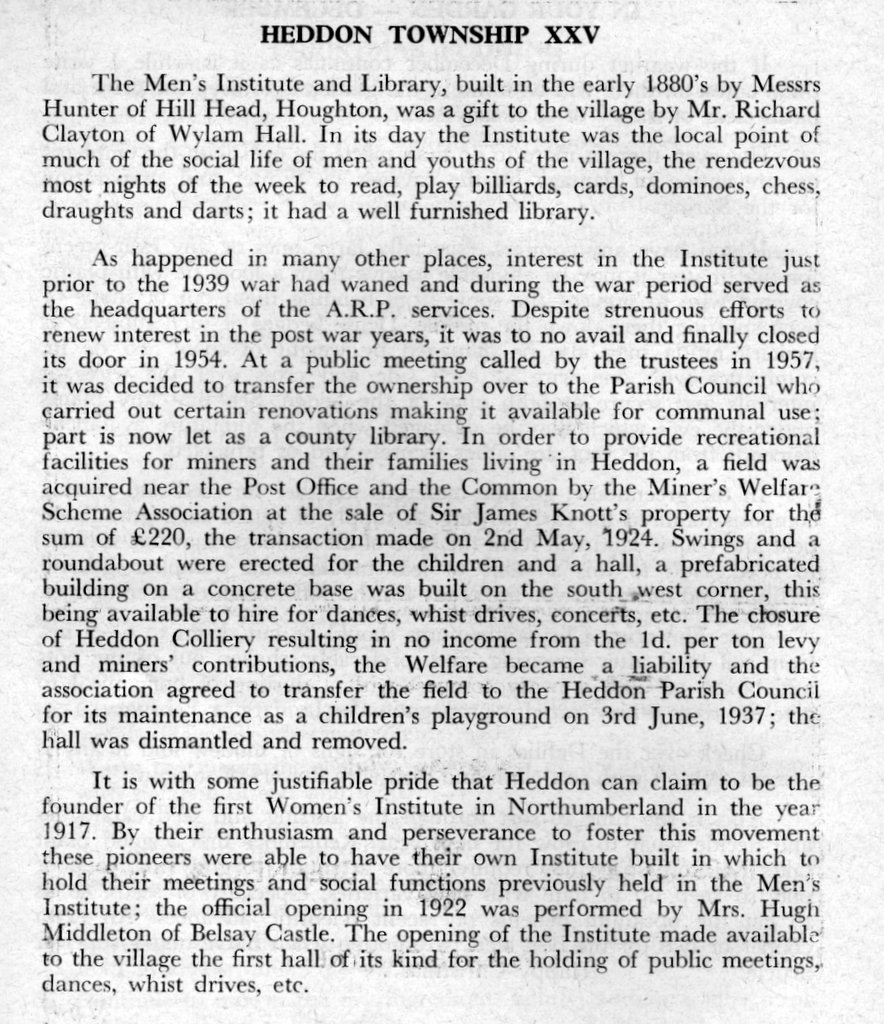 Publication in Vision: the Magazine for Heddon on the Wall, December 1965, following the death of George Clark.