River Tyne near Heddon on the Wall 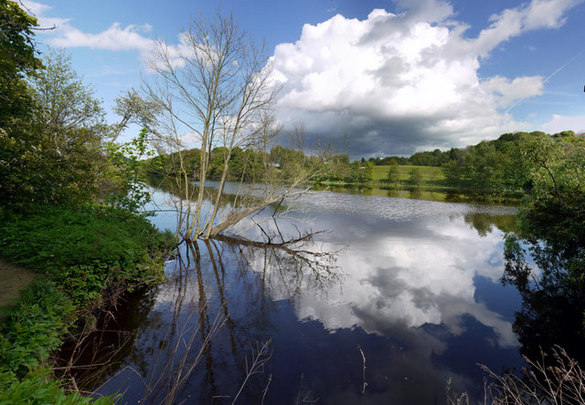 River Tyne east of Stephenson's Cottage (2009)
photo © Copyright Andrew Curtis and licensed for reuse under this Creative Commons Licence
The River Tyne forms the southern boundary of the parish in a section from just east of Street houses (and Stephenson's Cottage), east of Wylam, to just west of Ryton Island, west of Newburn.

Ryton Island was at one time in the parish of Ryton in Durham on the south side of the river, an anomaly due to a change in the course of the river. The parish boundary of Heddon on the Wall is now drawn to the west of Ryton Island, Blayney Row and Moor Court, which are part of Newburn.

A ferry used to operate between Ryton Island and the south bank of the river. On the north shore the remains of the wooden jetty used by the ferry still stand. Archie Scott, the ferryman, had a house on the island which was washed away during a severe flood Link

Three people were drowned in a ferry accident in March 1877.

A new ferry house was built on the south bank and the ferry ran until 1951 connecting Ryton and Heddon on the Wall. The white house on the south bank, west of Ryton Willows is still known as Ferry House.

The river was eventually dredged by Joseph Cowen in 1873. A railway track laid across the shallow bed of the river was used to transport iron slag from Spencers Iron Works in Newburn which was used to reinforce the river banks. Before it was deepened, the river could be crossed at several places by ford often where the river bed was stony in places called by the geordie dialect name, 'stanners'. There were several such fords in the vicinity of Newburn and one in particular across the river below Close House leading to Clara Vale, known as Stanner Ford. 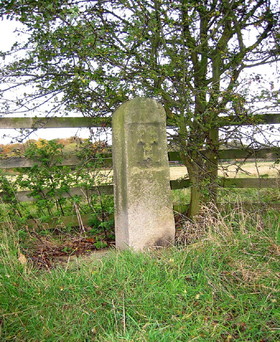 West of Ryton Island is a modern stone carved with the arms of the corporation of Newcastle and the date 1783.

The 'tide stone' marked the limit upstream of the Port of Tyne Authority. Formerly, it marked the upper point at which the river was tidal; marked in the river by a shallow rapid known as the Hedwin Streams. Following dredging of the river and  its embankment by the River Tyne Improvement Commission, it is now tidal as far as Wylam Bridge.

The corporation of Newcastle used to survey the bounds from Tynemouth to Hedwin Streams in their barge every Ascension Day. Locals used to know the stone as the 'kissing stone', because here the Mayor of Newcastle would alight at the stone and kiss who he judged to be the prettiest Heddon girl from those assembled, presenting her with a golden sovereign. The last annual survey took place in 1851. Afterwards it was made every five years, and then, by the River Tyne Improvement Commission, every seven. 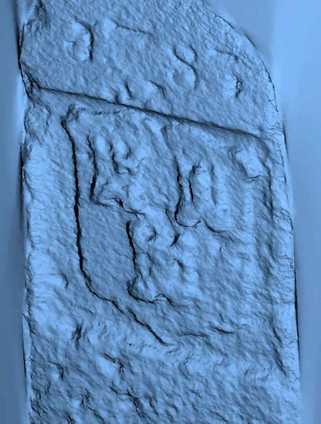 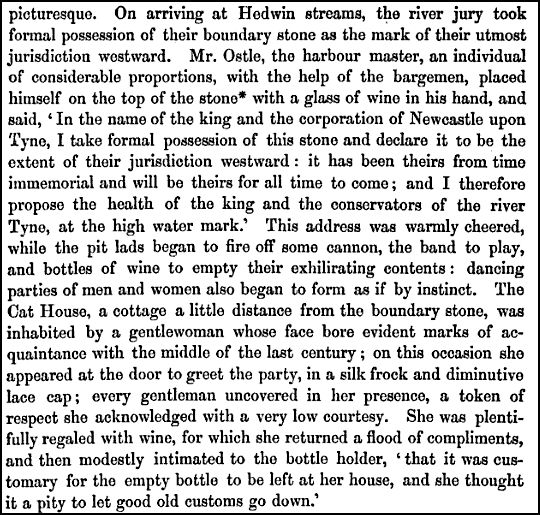 The full article can be read here. 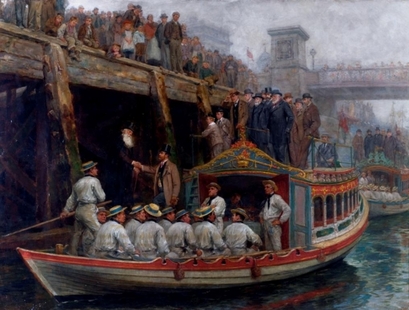 Barge Day, 1891 by Ralph Hedley. Laing Art Gallery, Newcastle.
The annual Ascension Day procession of boats along the Tyne was also known as 'Barge Day'; The event was held to assert the right of the City of Newcastle to hold authority over the Tyne from Hedwin Streams, near Newburn, to the mouth of the river; In May 1891, Ralph Hedley travelled as a guest of Newcastle Corporation, aboard the steamship Mabel; Within a week he began work on this painting of the ceremonial barges, exhibiting it the following year at Newcastle's Bewick Club.

Another way of crossing the river! 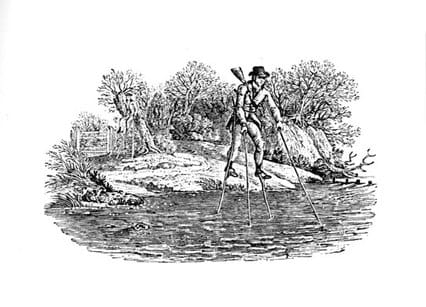 Wood engraving by Thomas Bewick. Tailpiece for the Long-legged Plover, from 'A History of British Birds', Vol 2 (1804).