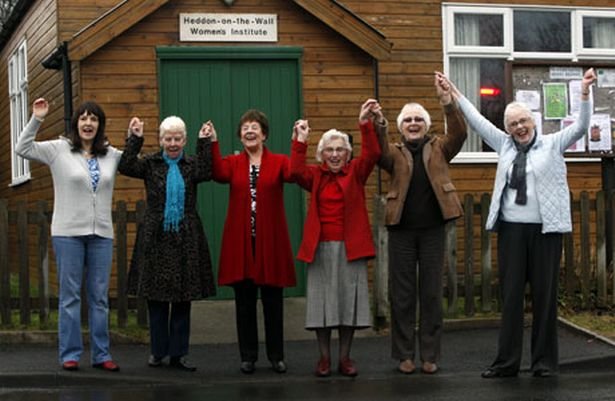 THE never-say-die ladies of the Women’s Institute have triumphed in the battle of the bill.

Heddon-on-the-Wall WI, Northumberland’s oldest branch, have been told by energy giant npower that the four-figure electricity bill which threatened their future has been dropped.

And as a gesture of goodwill, npower chief executive Volker Beckers has also refunded the branch’s regular £530 power bill.

It is an early birthday present for the Heddon branch, which celebrates its 95th anniversary with a special party at the village HQ tonight.

Now there will be celebratory drinks as happy secretary Pauline Wright declared: “It’s taken us by surprise – but what a very, very pleasant surprise!

“I received a phone call from a senior official at npower to tell me that they had finally decided to scrap the bill – and on top of that, refund the regular bill.

“It’s fantastic news and gives us an extra reason to celebrate at our birthday party on Monday.”

The saga began when npower detected a billing blunder on the WI branch’s meters at the 86-year-old HQ on Towngate.

Six-digit readings had been mixed up with five-digit readings and the upshot was a bill for £5,315 backdated to 2006.
Facing bankruptcy, the not-for-profit WI refused to pay up, claiming they shouldn’t be accountable for npower’s mistake.

And even when the energy company offered to reduce the bill to £1,693 – the equivalent of one year’s power – they still dug their heels in.

They called in ward councillor Peter Jackson before Hexham MP Guy Opperman raised the issue in Westminster.
Mr Opperman also fired off angry letters to Mr Beckers, who ultimately made the top-level decision to drop the payment demand.

A spokesman for npower told The Journal: “Mr Beckers has personally stepped in and, due to the exceptional circumstances, asked for the debt to be written off as a goodwill gesture to the WI.”

Mr Opperman, who has campaigned on energy prices, said: “This is fantastic news. Firstly, I would like to thank npower for doing the right thing by our community. I am the first to criticise big energy firms but they have got this right in the end.

“I’m proud of the WI for staying strong, and together we have been able to secure a really good result. I think we can happily claim victory on this one.

“After several rather abrasive letters over the past few weeks I will now write to npower to say thank you for listening to us.”

Coun Jackson described it as “a David and Goliath victory”.

He said: “It’s just brilliant news. It’s a classic example of David versus Goliath – the little people who so often get trampled on have actually triumphed over an organisation that wasn’t listening at the start, and did seem intent on putting the WI out of business.

“I’m pleased they have seen the error of their ways – but it hasn’t to be forgotten that there has been a considerable degree of personal distress and worry caused to the members of the WI.

“They did not know where to turn when they first approached me because they thought they had no power to stand up against this large monolith.

“But even Prime Ministers can’t stand up against the strength of the WI – I remember they were the only organisation that ever got the better of Tony Blair!”

Mrs Wright added: “I would like to thank all of the people who supported us. It’s been amazing – even private individuals have been coming along offering to pay money to help us.”
LINK
Article in The Journal