Planting of the Coronation Tree (1902)
article and photos with the grateful help of David Potts.

Presented to
Fenwick Charlton Esq.
on the occasion of planting
The Coronation Tree
at
Heddon on the Wall
26th June 1902.
The location of the tree (an oak) was determined by comparison with an existing photo (below right) in the Heddon Local History Archive bearing the caption: 'Tree planted 26th June 1902 to mark the Coronation of King Edward VII'.
However, local people tell me that the tree here has been replaced, possibly twice, since the original was planted.
Fenwick Charlton was the engineer for the Throckley Coal Company at Margaret Pit in Heddon. He was born 17th April 1850 and died 26th December 1913. He is buried in St Andrew's Churchyard [269] along with his wife and three children. The family lived for a time in the Old Schoolhouse, Houghton.

On the same day of the tree planting, Heddon on the Wall also celebrated the Coronation with an impressive bonfire.
Additions below courtesy of the family of the late David Mowbray - received September 2021. 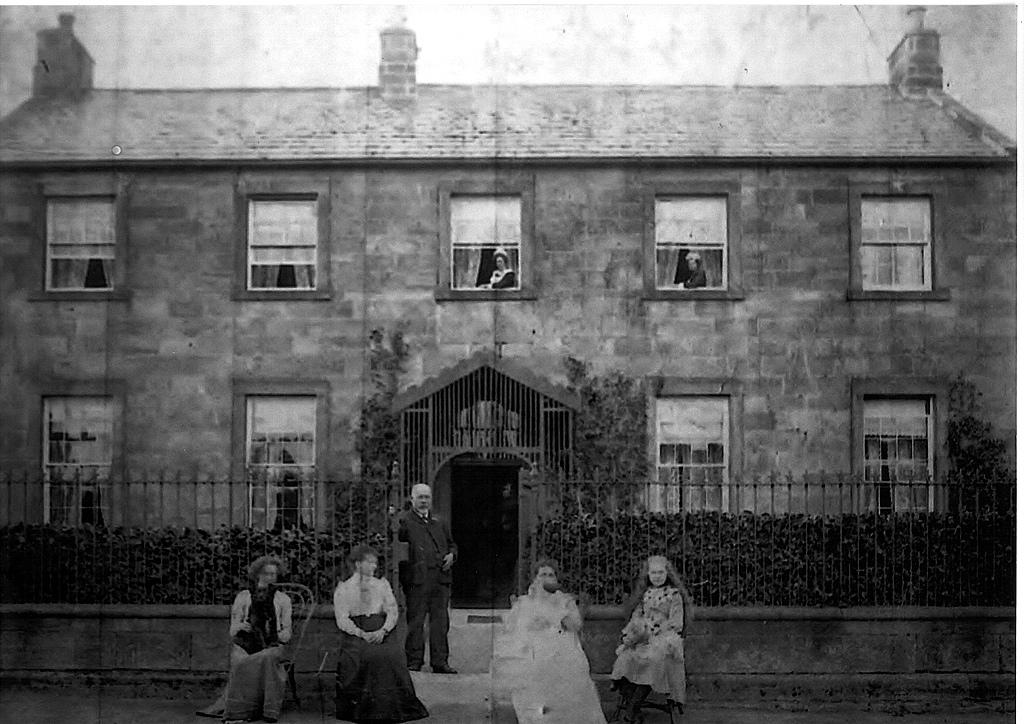 Fenwick Charlton outside Houghton House, 1904. Photo courtesy family of David Mowbray.
The envelope containing this photo has the following information:
Fenwick Charlton was the owner of Woodbine Laundries, Elswick Road, Newcastle upon Tyne.