The Rev. John Collingwood Bruce's classic account of the Roman Wall.  The first edition was published in 1851. 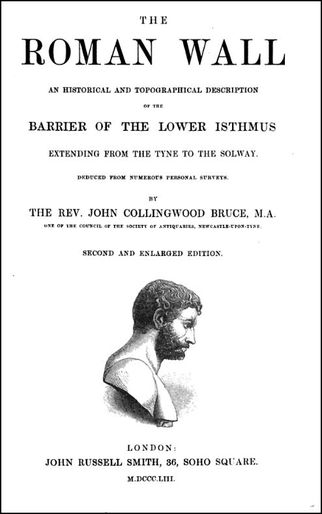 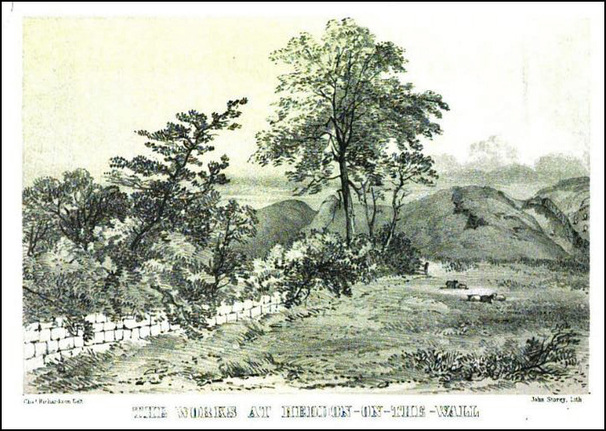 This engraving for Collinwood's Book, entitled 'The Works at Heddon-on-the-Wall' looks east from the Wall to Great Hill. If accurate, it shows the considerable depth of of the Wall ditch over the hill on the left and the Vallum cutting across the hill on the right, the rock it cuts through shown accurately as a low rock face on the south side. The hill top here now is all covered with dense gorse and fairly impenetrable. The south side of the Wall itself is accurately shown as several courses in height but it is heavily overgrown with fairly mature trees, bushes and other vegetation. These were removed when the section was restored.
Download full view from Google Books